Did You Get What You Signed For? 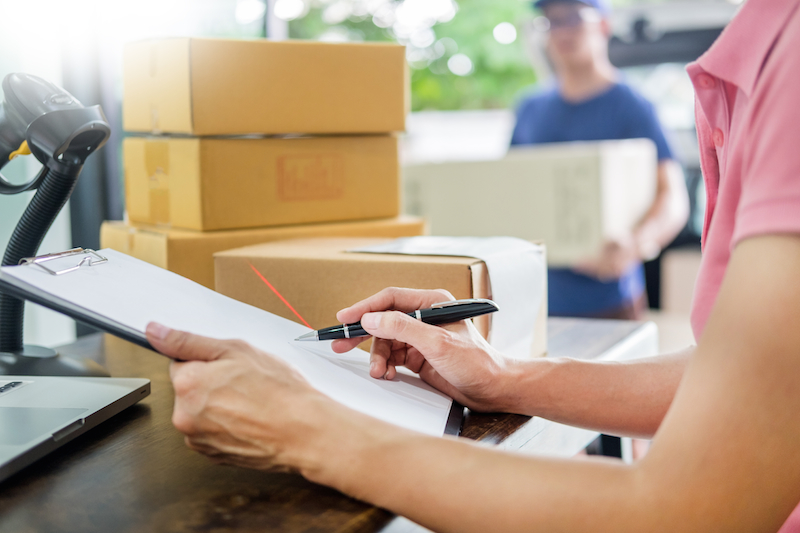 One Can Get A Nasty Surprise When Receiving A Damaged Consignment

It may seem like a standard procedure when someone receives a package and the delivery man thrusts a document or digital screen in your hand pressing you for a signature. The recipient naturally assumes that you are signing it to confirm that you have received the package only and that by doing so you also allow the pressured delivery driver can make his way back to his vehicle to carry on their busy schedule.

Assumptions can then continue as you would believe that what has been packed inside the package is intact and that the chain of logistics between the dispatching party and you has taken reasonable care to transport them. It becomes a nasty surprise then when the package is opened after the driver has gone only to see the items visibly damaged or broken and not fit for the purpose they were purchased for. One would then naturally contact the sender to inform them of the state of the delivery and that a replacement should be dispatched.

This is costly in time and money however who can compensate for this loss? Most would say that the courier company would shoulder most if not all of the blame however the document that you may have signed to confirm receipt of delivery also included a term that you agreed that they were delivered in good condition, even though you had no chance to do this before the driver went off. This condition is sometimes only noticed upon refection when one is trying to find compensation for the loss in the damaged delivered goods.

This unknowing presumption upon signature that many multi drop courier companies include is a clear tactic to sidestep the option of proper inspection and absolving of any blame for the potentially poor condition of goods that they have delivered. As a proof of delivery note has been signed agreeing that the delivery was received in good condition the carrier will usually absolve any blame.

Most carriers are covered with insurance however when a claim is being refuted combined with an ever increasing excess that makes the compensation claim and its process a futile exercise. These claims with some carriers are not even looked at within the first 8 weeks with some claims taking up to a year. Many independent local carriers are having to deal with claims for damaged consignments that have gone into a large overnight network system.

One recent situation resulted in 3 shipments of marketing material having to be dispatched because the 2 previous ones were damaged beyond use. Cost of replacement was over £1200.00 with just £25.00 compensation offered in return due to delivery confirmation form was signed in “good condition” even though the materials could only be inspected after card and shrink-wrap was removed.

With this situation in place it would be wise that all recipients need to be aware of what you are signing and if you are in doubt as to condition of goods you should write a simple notion the form notifying that the condition of goods were not known upon receipt.

Jascar work with most networks with key knowledge of their delivery procedures and can offer local companies efficient pick up services. Find out about our account services, contact Jascar today on 01892 750009

Dedicated Delivery Jascar Next day delivery
Back To News Section